MIUI 12 has undeniably brought about a slew of cool new changes, and with the MIUI 12.5 update just around the corner for many Xiaomi devices, things are only about to get better.

But perhaps the most highlighted feature of MIUI 12 is the entirely rebuilt quick settings panel, or the Control Center, as Xiaomi wants you to call it.

Presently, this redesign is constantly accused of being an iOS ripoff, which it is definitely is, at least to a certain degree. There are now large iOS-like quick toggles from which the notifications have been separated.

But what harm can a bit of copying do if it’s all executed perfectly? Well, that’s where the issue arises. The revamped notifications panel is known to be riddled with bothersome bugs that make its usage frustrating for many.

For example, we previously highlighted how Xiaomi was forced to disable Gaussian blurring on several of their budget offerings owing to performance issues.

@POCOGlobal @POCOSupport the notification popups in whatsapp are laughable to say the least especially after update to miui 12.1.2..in #Pocox2 whatsapp telegram all gets mixed .. FIX THIS
Source

After updating earlier today to MIUI 12, Android 11 I started to have weird visual bugs with Whatsapp. Sometimes instead of a circle-profile-image notification, I will get the square image and the whole notification looks weird.
Source

For starters, WhatsApp notifications are no longer grouped/stacked into a single notification that can be conveniently expanded as and when required. Rather, each notification is now separated – kind of like how they are on iOS.

This is highly inconvenient as Android is known to smartly stack notifications from a single app for easy accessibility.

And if that isn’t enough, the chat/sender’s names are getting mixed up in some instances with occasional black and weirdly squared images.

Now, it could be possible that the notifications are in fact screwed up on all apps and not just WhatsApp on MIUI, but there isn’t enough evidence at hand to establish this.

Nonetheless, it is important to note here that MIUI is still undergoing rapid development as we speak. And the fact that MIUI 12.5, which is MIUI 12’s rightful successor, brings about a bunch of changes and UI tweaks only testifies to this.

Therefore, bugs like these, although pretty irritating, are inevitable. They should, however, disappear pretty soon with a future software update. For now, your best bet would be to simply wait for the next update.

And as you wait, be sure to also check out our dedicated MIUI 12.5 update tracker that is slated to hit several Xiaomi and Poco devices pretty soon.

01:40 pm (IST): As suspected, MIUI’s notification woes aren’t just limited to WhatsApp. Rather, the notifications layout is messed up for all apps.

There are also several complaints emerging about quick replies being wrongly placed along with overlapping notifications. Thankfully, all of these problems will be fixed with a future update.

12:15 pm (IST): A forum mod has now confirmed that the notification issues (grouping) will indeed be fixed with the MIUI 12.5 update. This info was given for the Poco F2 Pro but is valid for all other devices currently running MIUI 12. 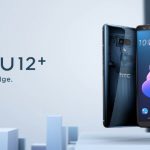 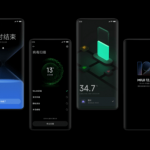