Over the past few months, OnePlus has been getting a lot of backlash due to the delayed rollout of stable builds of OxygenOS 11 to eligible devices.

Around 6 months following the release of the stable builds for the OnePlus 8 devices, it wasn’t until this month that we saw the OnePlus Nord and OnePlus 7 devices getting updated.

In the Android world, we know that carrier devices often get the short end of the stick when it comes to updates.

Unfortunately, this old notion still holds true even in 2021 as carriers have to wait for the unlocked devices to get updated before they can port the firmware to their devices.

The same case applies to the OnePlus 7 Pro and OnePlus 7T on T-Mobile in the U.S. Following the rollout of the stable build of Android 11-based OxygenOS 11 to the OnePlus 7 series last week, we’re finally seeing some action from T-Mobile.

New reports now indicate that T-Mobile is currently testing out the stable builds of Android 11-based OxygenOS 11 for the OnePlus 7 Pro and OnePlus 7T.

In T-Mobile’s software development cycle, this is the last stage before a stable rollout of the same to the masses.

So what about the other OnePlus devices? Well, the official T-Mobile software tracker has also been updated to indicate that OxygenOS 11 for the OnePlus 7T Pro and the OnePlus 6T are still under development.

With the absence of any meaningful timelines, OnePlus users on T-Mobile just have to take the company’s word for it and wait for the stable build, whenever the company rolls it out.

See, OnePlus rolled out stable OxygenOS 11 to the OnePlus 8 devices back in October 2020. T-Mobile only managed to roll out the stable build to its OnePlus 8 in February 2021.

We can only hope that T-Mobile learned a thing or two in that period so that users of this OnePlus 7T and 7 devices don’t have to wait as long for their Android 11 updates.

IST 10:07 am: T-Mobile is reportedly rolling out stable Android 11-based OxygenOS 11 update to its OnePlus 7 Pro as the official tracker has just been updated. More on that here. 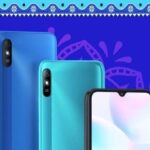 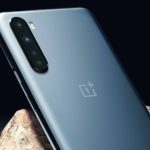