The rollout of stable Android 11 (OxygenOS 11) to eligible devices did hit a few too many snags over the past couple of months.

Luckily, OnePlus seemed to get things back in control and in March 2021, we saw OnePlus Nord and OnePlus 7/7T get updated.

One of Android’s biggest pain points has been the delay of carrier devices to get updates, especially to major Android upgrades over their unlocked counterparts.

This, as the update first has to come from the OEM to the carrier who then has to customize it to their liking before pushing it out to their devices.

The case for the T-Mobile OnePlus 8’s update to Android 11-based OxygenOS 11 is probably the worst-case scenario, having taken T-Mobile about 5 months to deliver.

When OnePlus rolled out the stable OxygenOS 11 update to users of the OnePlus 7 and OnePlus 7 Pro, T-Mobile variant device owners’ concern was that they’d be subjected to the same delay they saw with OnePlus 8.

Well, not quite as it turns out that T-Mobile did, in fact, learn a thing or two in the whole OnePlus 8 update deployment fiasco as today, T-Mobile OnePlus 7T and OnePlus 7 Pro is getting Android 11-based OxygenOS stable update.

T-Mobile’s official software tracker has since been updated to reflect this new update and as such, it should only be a matter of days before the same starts rolling out to users.

With this rollout, the attention should now move to the other devices whose update, T-Mobile says is still in development. These include the OnePlus 7T Pro and the OnePlus 6T.

That said, only the OnePlus 7T Pro users really have hopes of getting their update soon as not even the Chinese variant of the OnePlus 6T has seen any meaningful Android 11 development and probably won’t until sometime in August.

We shall continue to keep an eye on this T-Mobile OnePlus 7 Pro Android 11 update and report back as and when we get more info so stay tuned to PiunikaWeb.

IST 09:03 am: T-Mobile is finally rolling out stable Android 11-based OxygenOS 11 to users of the T-Mobile variant of the OnePlus 7T Pro 5G. More on that here.

NOTE: We have these and many more OnePlus and T-Mobile stories in our dedicated sections.

Upcoming Xiaomi Redmi gaming phone will be the first to come with MIUI 12.5 stable out of the box 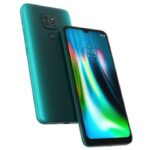