Xiaomi is known for providing only one Android OS update to the Redmi Note series devices. However, it seems that the Redmi Note 8 series might be in line for the Android 11 update.

The Redmi Note 8, Redmi Note 8T, and Redmi Note 8 Pro have already bagged Android 10 but users are now eager to get the latest OS update.

It was reported way back in June that the Redmi Note 8 Pro Android 11 update is unlikely to arrive but users were still hopeful.

However, a Xiaomi support executive recently stated that developers are working hard to roll out the latest OS update for the Redmi Note 8.

Now, the Xiaomi & MIUI News Telegram channel has announced that the latest OS update is being tested internally for the Redmi Note 8, Redmi Note 8T and Redmi Note 8 Pro.

While Xiaomi & MIUI News usually posts credible info, nothing is confirmed as the OEM has been overly quiet on the matter.

Also, a Xiaomi moderator recently stated that the Redmi Note 8 might not get another OS update and users are requested to keep an eye on the Mi Community for more info.

The latest information about Android 11 being tested on the Redmi Note 8, Redmi Note 8T and Redmi Note 8 Pro internally has further complicated things.

All these new details about the Redmi Note 8 series indicate that Xiaomi might be considering two Android OS updates policy for the Redmi Note series devices.

Nevertheless, since there are no official details on the matter, we can only hope that the OEM might have considered changing its update policy for the Redmi Note series devices.

That said, we will keep tracking this for further development and will provide more updates once new information becomes available.

IST 11:41 am: This article highlights that Android 11 for the Redmi Note 8 is currently undergoing internal testing. But recently, while reverting back to a user, surprisingly one of the device team members said Android 11 ain’t coming for the device.

The Redmi Note 8 will not receive Android 11

After periods of uncertainties, the update to Android 11 is now live for both Redmi Note 8 and Note 8 Pro as MIUI 12.5 beta in China, with the Note 8T also in line for the same update. 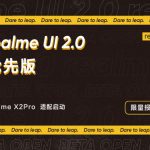 OnePlus promised to fix Wi-Fi connectivity (no internet) issue a couple of months ago, but it reportedly still exists to date