This story is being regularily updated…. New updates are being added at the bottom…..

Xiaomi released the Redmi Note 8 and Note 8 Pro with Android 9 Pie pre-installed alongside its MIUI 11 skin. The Redmi Note 8 Pro bagged the update to Android 10 back in March this year. But the standard Note 8 is yet to get it.

Although, in March itself, we did report that Xiaomi is testing Android 10 on the Redmi Note 8. Unfortunately, there are still no signs of the update rolling out on the device. Further, a moderator also claimed that Redmi Note 8 users may have to wait for Android 10 and MIUI 12.

And while Redmi Note 8 users await the rollout of Android 10 and MIUI 12, Google is set to release Android 11 to the public soon. This has made many Redmi Note 8 series users wonder whether they will get Android 11 too.

Going by past update trends from Xiaomi, it’s clear that the Chinese OEM is unlikely to release Android 11 for the Redmi Note 8 and Redmi Note 8 Pro. A Mi forum moderator also stated that neither of the two devices will get the upcoming OS update.

Of course, the information did not sit well with many users since we saw dozens of frustrated users take to the Mi Community forums to express their anger and disappointment at Xiaomi.

But certain Redmi Note 8 and Note 8 Pro users have still not given up hope and are doing all they can to grab Xiaomi’s attention. Matter of fact, Redmi Note 8 series owners have created a thread to discuss the problem.

In it, the creator has even pointed towards Omdia’s research of the 10 most shipped smartphones in the first half of 2020. According to the numbers, the Redmi Note 8 and Redmi Note 8 Pro are the third and fourth most shipped phones respectively.

Given that the Redmi Note 8 and Note 8 Pro are one of the most popular phones from Xiaomi this year, users are hoping Xiaomi would consider releasing Android 11 for the devices at some point in time.

The device got the update to Android 8 Oreo as well as Android 9 Pie because its global variant dubbed Redmi Note 5 AI came with Oreo pre-installed and thus got its one OS update to Pie, making it possible for the same to be passed down to the Note 5 Pro.

This means that Xiaomi can make an exception once again, however, it’s too early to speculate whether the company will consider the possibility of rolling out Android 11 for the Redmi Note 8 Pro and Redmi Note 8.

Moreover, since the company is yet to release the stable update to Android 10 for the Redmi Note 8, it seems that it will be a stretch to even expect that it will get Android 11. Fingers crossed, we may just have to wait and see how Xiaomi responds.

In the meantime, you can take a look at the list of eligible phones from Xiaomi that may receive the update to Android 11. Also, make sure to keep an eye out on our dedicated tracker to know when it arrives on your device.

11:10 am (IST): While the official Android 11 update for the Redmi Note 8 and 8T remains elusive, enthusiasts can check out a bare-bones version of Android 11 via the Vanilla AOSP 11.0 ROM for the two devices. More details here.

12:35 pm (IST): The hope for getting the Android 11 update on the Redmi Note 8 seems to be fading away since a moderator recently stated that the device will not be getting the highly-requested Android version update. More on that here. 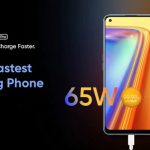