Android 11 is out for several devices but the likes of Xiaomi Redmi Note 8 might not be eligible for the latest OS update.

This simply because Xiaomi provides only one OS update to the Redmi series devices and the Redmi Note 8 has already bagged the Android 10 update.

Now, some new development appears to have taken place where a Xiaomi support representative has shed some light on the latest OS update for the device in question.

The information comes from an alleged conversation between a Redmi Note 8 user and Xiaomi support executive who has clearly mentioned that the device in question is eligible for the latest OS update.

As per the support representative, developers are working on the Redmi Note 8 Android 11 update and its rollout might start soon.

However, the OEM has not made any announcements on the matter so this information should be taken with a pinch of salt.

The Mi Community moderators had been stating that the Redmi Note 8 will not receive the Android 11 update but that did not stop frustrated users from being hopeful.

The support executive has now stated that the Redmi Note 8 is eligible for the latest OS update which further complicates things.

Nevertheless, the latest information suggests otherwise and the Redmi Note 8 is now allegedly up for another OS update.

Moreover, there is no way to confirm whether or not the information from the support executive is true until the OEM sheds some more light on the matter.

Furthermore, you can also find out whether your Xiaomi device is eligible to get the Android 11 update by heading over here.

Thanks for the tip, Crazy Yogesh!

03:31 pm (IST): As it turns out, a Mi Community moderator has now stated that the Redmi Note 8 may not get the update to Android 11. Now, this information goes against the alleged details provided by the company’s support team.

Therefore, it looks like the only option we have is to wait for Xiaomi to provide an official statement regarding the availability of Android 11 for the Redmi Note 8.

10:31 pm (IST): Xiaomi has begun testing Android 11 for the Redmi Note 8, Note 8T, and Note 8 Pro according to information shared by an unofficial yet credible source. Full coverage here. 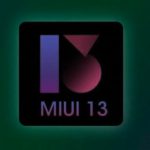 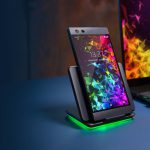