Original story (from May 26) follows:

Sporting an HD display and still not being able to stream HD content on Netflix is kind of a bummer, which the Redmi Note 8 Pro users have faced.

While the Netflix HD streaming issue has affected a lot of users of the Redmi Note 8 Pro, it was fixed with the Android 10 update which was rolled out for the device back in March 2020.

But, as per user reports, the update could not reach the users in all the regions and was halted by the OEM. Xiaomi came forward and stated that the update was in fact, pushed partially. Later reports came in that the stable Android 10 update for the Redmi Note 8 Pro will be pushed alongside the recently launched MIUI 12 custom UI in the month of May.

And just when users were thinking that the update wil take more time, Xiaomi has now re-released the Android 10 update for the Redmi Note 8 Pro units.

Surprisingly, all those claims of Android 10 update coming alongside MIUI 12 have been put to rest, as the stable OS update arrives with the May 2020 security patchset.

But, this Android 10 update also tags along with one of the most anticipated features i.e. the Netflix HD support for the device.

Talking about the fresh update, it comes with version number V11.0.4.0.QGGMIXM and weighs in around 2 GB, which is okay considering the features this update brings for the device.

Here is what the complete changelog reads:

As always, the update has been pushed via OTA in batches and will arrive in a staggered manner. So, users should wait for the OTA to arrive on their Redmi Note 8 Pro units.

Fortunately, we have the download link to the ROM file which the users who wish to manually upgrade, can download and update their phones:

With the update package file, you can upgrade your Note 8 Pro devices locally, and enjoy all the latest features of Android 10 (MIUI 11) along with the latest security patch.

The Russian and the European variants are getting the May patch with version 11.0.3.0 (Thanks for the tip and the screenhsot Florin Matei).

Android 10 is live in India!

If the OTA hasn’t arrived on your Redmi Note 8 Pro unit, grab the firmware here and install it manually. 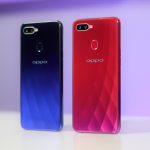 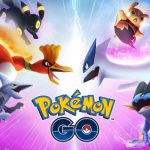