Xiaomi released the MIUI 12 update for the Redmi Note 9 Pro and other Note 9 series devices a bit later than expected considering that they are latest mid-rangers the company has to offer.

Of course, this can be pinned down to the fact that neither of the devices have a Chinese counterpart which is why Xiaomi seems to have not kept the MIUI 12 update for the Note 9 series on its priority list.

That being said, the OEM did start rolling out the update to MIUI 12 for the Redmi Note 9 Pro in Turkey first.

The update was then released in Indonesia after a couple of weeks which indicated that the wider rollout has begun.

And the wider rollout did indeed begin since the Russian variants and Global variants also bagged the company’s new skin over Android followed by the European models which got the update a few days ago.

As expected, MIUI 12 brings a boatload of new features and improvements over MIUI 11, however, users are also running into multiple issues after they installed the update.

For starters, users have pointed out that the MIUI 12 App Vault is missing from the European variants of the Redmi Note 9 Pro. Thus, they cannot take advantage of the all-in-one app/feature on their devices.

As a replacement to the MIUI 12 App Vault, users with European and global units of the Redmi Note 9 Pro have access to the Google Discover feed as we highlighted here.

It’s worth pointing out that many fans are in splits between the App Vault and Google Discover page. Therefore, this move might be considered a bonus for some and a step in the wrong direction for others.

Furthermore, Redmi Note 9 Pro users (1, 2) have also noticed that after installing MIUI 12 on their devices, the Widevine level has been brought down to L3 from L1.

This means that users will not be able to playback HD content on certain streaming services including Netflix and Amazon Prime Video.

Sadly, this isn’t the first time Redmi Note 9 Pro users have had to deal with the problem. Back in September we reported that the MIUI 12 update may fix the Widevine L1 issue on the device.

But it appears that the issue is now affecting other Redmi Note 9 Pro users who have installed the new MIUI 12 update on their devices.

Moreover, a user has claimed that simply turning off and on the phone has fixed the issue on their device. Therefore, if the Widevin level has dropped to L3 on your device, power off the phone and turn it on again.

If that does not work for you, the final option is to perform a factory data reset. Of course, make sure to create a backup of all important media and documents on your device before taking this route.

Performing a factory data reset seems to have fixed the issue for one user on a global variant of the Redmi Note 9 Pro running MIUI 12.

Unfortunately, these two issues aren’t the only problems Redmi Note 9 Pro users have to deal with. This is because a user has also pointed out that the proximity sensor still does not work as it should.

We first reported on the proximity sensor issue back in June when the device was running on MIUI 11.

Now, it seems that the issue is presistant, however, it does not appear to be as severe as before considering the low number of reports on the matter.

And a Mi Community moderator has indeed confirmed by responding on the same user’s thread (screenshot above) by stating that this is a known issue and should be fixed in upcoming updates.

It is a known issue. It still persists even after MIUI 12 update. Hopefully future updates will fix it.
(Source)

Nevertheless, it would be good if Xiaomi managed to fix the problem entirely rather than fixing it bit by bit which it has been doing.

We will continue tracking the situation and will post an update once new details surface on either of the three problems we highlighted here.

Meanwhile, you can keep an eye out on our dedicated tracker for the rollout of Android 11 for all eligible Xiaomi smartphones which includes the Redmi Note 9 Pro. 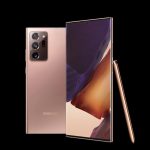 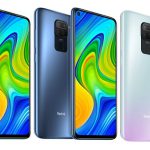