Xiaomi pushed a software update to the Redmi Note 9S mid last month that fixed Wi-Fi issues that had been affecting the device for weeks.

This update also introduced the May 2020 security patch to the handset. But according to reports from device owners, there are even more issues plaguing the Redmi Note 9S.

In addition to the “camera can’t connect” and Amazon Prime FHD issues reported a couple or so weeks ago, it seems Xiaomi has another problem on its hands that needs attention.

According to multiple reports, the Redmi Note 9S proximity sensor no longer works as it should. Affected device owners say the screen turns off even during an ongoing WhatsApp call or when listening to audio notes, among other scenarios.

Last week I buy redmi note 9s and i face Proximity sensor issue when I make a call through my network or through WhatsApp the screen turned off and the sensor is confused what i can do it’s really frustrating pls help?
Source

Below is a screenshot of the prompt:

Some affected users say turning off Pocket Mode in the Settings temporarily fixes the issue, but as usual with unofficial workarounds, this solution doesn’t work for everyone.

On the brighter side, Mi forum moderators have confirmed that Xiaomi is already looking into this issue and that a fix is coming soon.

The Redmi Note 9S is expected to get updated to MIUI 12 in late July. Given how serious this issue is, it doesn’t look it’s going to wait until then, but we don’t make the rules.

We will let you know about it when the fix begins rolling out. Stay tuned to PiunikaWeb for more related coverage.

It’s a known issue and is already reported. Apparently it is a calibration issue with the P sensor and devs are working on it. This is seen in all variants of the device (9, 9S and 9 Pro) and it’s already fixed in Note 9 for now (fix will be pushed with next update) and so we can expect the same with Note 9 Pro. 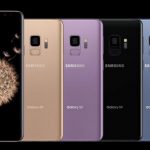