Xiaomi Redmi Note 9 Pro is among the several devices that are yet to get the MIUI 12 update. It was reported earlier that the latest custom UI might arrive for the Redmi Note 9 Pro in August. However, the wait for MIUI 12 is still on.

While the Redmi Note 9S received an update based on MIUI 11, the Note 9 Pro might get the fix on top of the latest custom skin. Since August is over and the MIUI 12 update is confirmed for September, it is only natural to release the fix alongside the latest custom UI.

Alvin Tse, General Manager at Xiaomi Indonesia, recently stated in a tweet that the Redmi Note 9 Pro MIUI 12 update will arrive in September but no timeline was provided. The Redmi Note 9S is also slated to get the latest custom skin.

Meanwhile, you can check out our MIUI 12 update tracker to know when it arrives on your device.

IST 02:19 pm: Xiaomi, through its official Indonesian Twitter handle, has confirmed that the company is working to see to it that the MIUI 12 update to the Redmi Note 9 Pro will be rolled out in October. More details here. 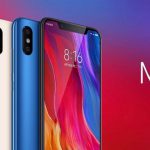 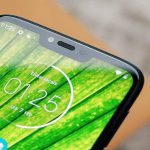