Who doesn’t love binge-watching their favorite shows on the go? And one of the most convenient ways of watching the content is through our mobile phone which is basically a gadget that we cannot live without.

As technology has evolved, smartphone displays have progressed to an extent where streaming HD content has become possible on our mobile phones. But, the recently launched Redmi Note 9 Pro by Xiaomi has a bug that is hampering the HD content streaming on Netflix and Amazon Prime Video.

To give you an essence of what we are talking about, Xiaomi launched the Redmi Note 9 Pro earlier this month. The device packs all the necessary tools to stream content in full HD.

Surprisingly, as per the video below, it seems that Xiaomi Redmi Note 9 Pro comes with Widevine L3 out of the box, which means that you cannot stream HD quality content on this device over Netflix or Amazon Prime Video. On the other hand, the normal Redmi Note 9 can stream HD content.

(And let us rule one thing out of the cards that this issue is not due to the fact that the users are on non-HD plans on the Netflix or Amazon Prime streaming service.)

For those who do not know, Widevine protects content via three levels of security i.e. L1, L2 and L3 to prevent unauthorized redistribution of video files under digital rights management (DRM).

However, due to some security issues on the device itself, after sometime the Widevine certification automatically downgraded from L1 to L3, ultimately blocking the stream of HD content on the Note 9 Pro.

This issue has been reported by several users on Twitter, but there does not seem to be any permanent fix for this issue as of yet. Check out some of the user reports below:

My Redmi Note 9 Pro has suddenly dropped from Widevine L1 to L3? What could have caused this? I’ve not tried to unlock the Bootloader Or anything! Anyone else facing this?

#RedmiNote9Pro it has good performance but i hate ? after get the stable update widevine l1 downgrade to widevine l3 how. i think you have used for only marketing #RedmiNote9ProMax
@manukumarjain

Matter of fact, one of the Redmi Note 9 Pro users has made a video explaining the issue that has surfaced on the device and has also shared a temporary solution to solve this issue for the time being until a permanent fix arrives.

In order to get back the Widevine L1 certification on Redmi Note 9 Pro, users need to reboot their device, after which you can stream HD content on Amazon Prime Video.

As far as Netflix is concerned, you can either try to clear the cache data of the Netflix app or try re-installing the app on your phone. As already mentioned, this is just a user suggested workaround and there are certain users that have reported this fix not working for them.

Besides, as per the video, the fix works only for a short time and the again shows some Decryption error on Amazon Prime Videos. All of this indicates that the problem could be somewhere within the device, and Xiaomi needs to address this issue. We will keep you in the loop, and update you as and when we have more information in regard to the issue highlighted here. 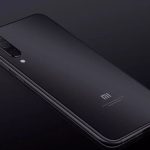 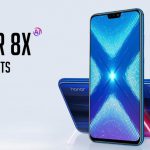