Xiaomi’s MIUI 12 has been the biggest update for Mi fans across the globe as it offers a lot of visual enhancements like Super Wallpapers.

Apart from that, there are many amazing features including Super Document, Control Center, Frame Rate Monitor tool, universal casting tool, and Virtual Identity.

While the Super Wallpapers feature is not available for all Xiaomi devices officially, there are other ways to get it.

However, unofficial ports and Xiaomi.eu ROM versions of Super Wallpapers have been reported to be slower and lagging by users.

Now, Xiaomi has released the MIUI 12 beta update version 20.10.19 with optimizations for the Super Wallpapers feature.

This means that Super Wallpapers will perform faster and without lag on the upcoming MIUI 12 updates.

While the latest beta update is currently available only for Xiaomi’s beta testing program members in China, the optimizations will be made available on the stable Chinese ROMs in the future.

Hence, the Super Wallpaper optimizations are also expected to arrive on the global MIUI 12 ROMs at a later point.

So, it is safe to assume that modders and individual developers will re-build the optimized version of the Super Wallpapers feature for general users.

All in all, these optimizations might soon be available for all Android devices in the form of Super Wallpapers ports.

That said, we will keep tracking this for further development and will provide details when more information becomes available. 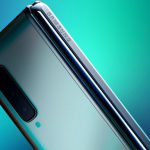 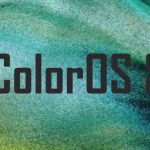