It is because of these enhancements users are more inclined towards MIUI 12 instead of even an OS update.

While MIUI 12 is available for a lot of Xiaomi devices, some of the features are not. Among them, the MIUI 12 Super Wallpapers feature. It was reported earlier that this feature was limited to devices with AMOLED display because of the super high-definition images featured in the wallpapers.

Now, some new information has surfaced to further justify the absence of Super Wallpapers.

A concerned user asked on the Mi community about the availability of the Super Wallpapers feature on all Xiaomi devices.

The moderator responded that the feature comes pre-installed only on devices powered by the Snapdragon 8xx series chipsets due to performance reasons.

Also, the moderator mentioned that Super Wallpapers can be installed on other devices but it will cause poor performance and stutter. This might be in reference to the Super Wallpapers port which is available for all Android devices. More on that here.

Hey,
Here is the answer
Q: Why Super Wallpapers aren’t available on all devices?
A: Unfortunately, Super Wallpaper is pre-installed on devices powered by Snapdragon 8XX series to provide the smoothest experience possible.
It is possible to install and apply them to other devices, but it can cause stutter and slow performance.

Moreover, there was an issue on the Mi 9 and Mi 9T Pro where MIUI 12 Super Wallpapers were not getting downloaded.

While the issue was acknowledged and a fix was also promised, there is no information whether it transpired or not.

It must be noted that the Super Wallpapers feature is highly anticipated and devices with medium to high-end specs should be able to run it smoothly.

While this is based on our own experience, those who absolutely want the feature should definitely try the ported version or Xiaomi.eu custom ROM.

That said, we hope Xiaomi makes the feature compatible with more devices. Meanwhile, you can check out our MIUI 12 update tracker if your Xiaomi device is yet to bag the latest custom skin.

In a new post titled — Mi Engineer Face to Face Round 2 — on the Mi forum, Xiaomi engineers have coughed up some more details on why the MIUI 12 Super Wallpapers aren’t available for all devices. Apart from the high-end specifications, even the display type plays a key role since Super Wallpapers are suitable for OLED screens. 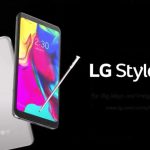