Xiaomi is currently rolling out its latest skin dubbed MIUI 12 for eligible devices. The rollout has been ongoing for more than a couple of months at this point and many devices have already bagged it.

MIUI 12 was first announced in China and along with that it also released its schedule for the rollout. Typically, the OEM releases software updates, especially MIUI upgrades, for devices in China first.

After this, it begins rolling out the same update for Global, European, and other units. Of course, this is to be expected since, after all, Xiaomi is based out of China so it makes sense that the company will release updates for devices on the China ROM.

At present, this has also been the case with the MIUI 12 rollout. Most eligible phones that have a Chinese counterpart have picked up the latest skin from Xiaomi already such as the Redmi Note 9 which has got the Redmi 10X 4G moniker in China.

And the second is that none of them have a Chinese variant/counterpart. Naturally, concerned users have been taking to the Mi forums to seek a response regarding why Xiaomi is delaying the release of MIUI 12 for the phones.

In response to one user’s query regarding the availability of MIUI 12 for the Redmi Note 9 Pro, a moderator made the following comment:

Redmi 10X 4G received MIUI 12 earlier, so the devs could easily port the ROM to Note 9, which is basically the same device. As for other devices, it has to be built from the ground up, and hence the delay.

This may not be the case with Android 11, as it doesn’t necessarily come to China ROM first. That being said, China ROM will always be ahead of other ROM variants, may it be Global or EEA or any other regional ROMs.

What this basically means is that Xiaomi prepares the MIUI 12 update for the China ROM first, then it ports the same update for devices on other ROMs.

So until the company finishes developing MIUI 12 for these devices from the ground up, users will have to continue waiting.

IST 04:35 pm: A Mi Community moderator responded to a user’s query regarding the MIUI 12 update for the Redmi Note 8T by stating that the update is coming. Prior to this, moderators only mentioned that there’s no ETA for the update. Thus, it’s possible that Xiaomi might be ready to release MIUI 12 for the Note 8T soon.

IST 11:38 am: Responding to a user’s query regarding the MIUI 12 update for the Redmi Note 8, a Mi Community moderator claimed that the update for the device may be released soon. Head here for more details.

IST 01:15 pm: According to a moderator on the Mi Community, the MIUI 12 update for the Redmi Note 9 Pro is currently under development. Unfortunately, the mod did not share an ETA for the rollout. See more details here.

IST 01:32 pm: Redmi Note 9S users who are experiencing an issue with the device’s earpiece may find some solace in knowing that the issue may be fixed with the upcoming MIUI 12 update if not earlier. For more details, head here.

IST 12:45 pm: The Redmi Note 8T folks are still gawking the MIUI 12 and Android 10 as the OEM has served the devices yet another MIUI 11 (Android Pie) based monthly security patch. For the detailed coverage, head here.

IST 06:23 pm: According to a Mi forum moderator, the MIUI 12 update for the Redmi Note 9S will be available soon since the device has already picked up the beta stable update in India where it is sold as the Redmi Note 9 Pro. More details here.

04:54 pm (IST): Redmi Note 9 Pro users will be glad to know that the MIUI 12 update with software version 12.0.1.0.QJWINXM has been released to all users according to an announcement made on the Mi Community Telegram group.

IST 02:21 pm: Xiaomi, through its official Indonesian Twitter handle, has confirmed that the company is working to see to it that the MIUI 12 update to the Redmi Note 9 Pro will be rolled out in October. More details here.

Good news!!! Looks like some users have already started getting the update. More info here.

P.S. Keep an eye out on our dedicated tracker as well to know all the details regarding the rollout of MIUI 12 for any eligible Xiaomi device. 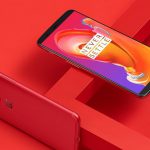