The Global Xiaomi Redmi Note 9 units bagged the MIUI 12 update based on Android 10 towards the end of last month. However, for unknown reason, the update was rolled back. So users who weren’t able to download the update with the first rollout have still been waiting to receive it.

Fortunately, Global Redmi Note 9 users won’t have to wait much longer since Xiaomi has officially announced the re-release of the MIUI 12 update for the device. This new update comes as version 12.0.3.0.QJOMIXM and has begun rolling out via OTA.

Of course, there are no new major changes or additions over the previous update. Although, we expect that the bugs or issues which resulted in Xiaomi pulling the update in the first place have been fixed. In case you’re interested in seeing all the new additions, check out the changelog below:

Although, it’s still only available to a limited number of users in both regions. As a matter of fact, the re-released MIUI 12 update for the Global Redmi Note 9 units is also available only for a few users as the update is arriving in the Global Beta Stable form.

Nevertheless, in case you haven’t yet received the OTA update, you can download and install the update manually via the link below. But keep in mind if anything goes wrong you may end up bricking your phone. So attempt the manual update at your own risk.

We can expect to see a wider rollout being for Global units once it has been confirmed that there are no major bugs. The only region where the update is yet to be released in is Indonesia, where the Redmi Note 9 is expected to get the MIUI 12 update sometime this month.

Xiaomi has begun rolling out the stable MIUI 12 update based on Android 10 for the Redmi Note 9 in Indonesia. The software version for the update is 12.0.1.0.QJOIDXM, up from version 11.0.2.0.QJOIDXM. See more details along with the download link here.

Redmi Note 9 users have been facing performance-related issues after upgrading to MIUI 12. And it has now surfaced that the matter has already been brought into the notice of the developers. Route here for details. 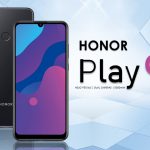