Realme gifted Realme 3 and Realme 3i owners with the long-awaited stable update to Realme UI 1.0 based on the Android 10 operating system in late April 2020.

This came after a week or so of beta testing, but to date, some device owners haven’t received the OTA update to install the new OS. As expected, affected device owners are frustrated and asking Realme support about it on Twitter.

Hi realme! Please confirm me, when you are going to release android 10 update for realme 3 (rmx1821). I’m really excited for this.
Source

Just so you know, major software updates are released in batches. The reason for this is to minimize the damage that may arise in the event that the firmware has massive bugs – bugs that can easily brick the devices in question.

Since the OS arrived nearly three weeks ago, it’s natural that Realme 3 and Realme 3i owners are probably growing tired of waiting. Realme opened the first-come-first-served program for Android 10 updates but it seems it’s not as effective as expected.

To assure them that all is well, support indeed asserts that the duo’s Realme UI update is staged.

Hey, we had begun rolling out the realme UI update based on Android 10 for realme 3 in a staged rollout manner starting 30th April 2020 and it will soon be available on your device. Stay tuned to our social media handles and official community for further updates. Thanks!?
Source

So yeah, your Realme 3i or Realme 3 Android 10 update is still jammed somewhere and it will soon be available to download. If not interested in waiting, there is a link to download the updated firmware and install it manually on your handset.

Thank you for reaching out to us. We would like to inform you that we have rolled out the realme UI update for realme 3i. However, you can also update your device manually by visiting the below-mentioned link
Source

If it makes you feel any better, the same (staged rollout) was also true for previous Realme UI updates for Realme X2, Realme X2 Pro, Realme X, Realme 5 Pro, and even the Realme 3 Pro, the company’s first to get Android 10 update. 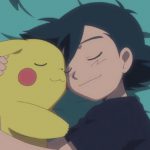 New Pokemon Game 2020 Release Date - When is it coming on Switch & mobile ? 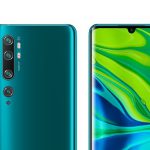