Let’s not forget that a few years ago, Chinese OEMs did not release timely updates.

However, in recent times, all that has changed and Chinese manufacturers are on top of their game in terms of the software update release. Make no mistake about this, only some of “first-class” Chinese OEMs are in this class. You can mention the likes of Xiaomi, OnePlus, Huawei, Oppo, and a few others. There are still many little-known Chinese OEMs that do not release a software update, more so doing it regularly.

Realme is quite new in the smartphone business and its performance in terms of software update release is fairly decent. Presently, Realme users already know when their devices will get the Android 10 update because the company has since released its Android 10 roadmap.

Cut to now. A recent update from Realme shows that all units of the Realme X2 Pro now have the latest Android 10 (Realme UI 1.0) update. The update was originally released on March 29th and as usual, it is an OTA update. As we all know, over-the-air updates take some time to get to all units.

The recent announcement shows that it took about 11 days for the update to arrive on all Realme X2 Pro units. But if you have not gotten a notification for the update, you may want to go to Settings> Software Updates> Choose “Download Now”. The company’s twitter post reads:

Hey, Realme UI based on Android 10 update for Realme X2 Pro has been released to all.

As for its younger brother, Realme X2, all units of this smartphone already have the Realme UI (Android) 10 update. Recall that the Android 10 update for both smartphones were announced at about the same time. However, the rollout for Realme X2 was faster than the X2 Pro.

P.S. Those of you interested in manually downloading Realme UI for Realme X2 Pro may head here for the link. Also, with Android 11 (Android R) under development, check if your Realme phone is eligible for Realme UI 2.0 update by heading here. 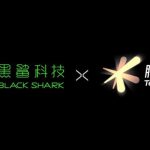