When Xiaomi revealed that it was going to halt the development of MIUI 11 beta updates for the China ROM back in March, many suspected that this was the beginning of development works for the MIUI 12 update.

Reports had already popped up suggesting that the MIUI 12 update will be ready to roll out in beta somewhere in September before the stable version begins rolling out widely in December 2020.

Things started growing in stature when a certain Mi 10 Pro appeared online running the unannounced MIUI 12. Matter of fact, we have even come across a couple of lists of devices alleged to be eligible for the update to MIUI 12.

Today, things are getting even more interesting for folks looking forward to the update. Apparently, our friends at XDA Developers have unearthed pieces of evidence that suggest Xiaomi indeed has a working MIUI 12 build out in the wild.

Xiaomi recently released a beta version of its stock Settings app and [un]knowingly gave away some of the changes being lined up in the upcoming MIUI 12.

From a series of screenshots published by XDA, it’s evident that MIUI 12 will focus on improving the UI with a few design tweaks to the Refresh rate settings and a new home for the Focus mode.

Xiaomi also seems to be working on improving the system-wide dark mode by removing the grey finish, but being an unfinished product, the images also show some inconsistencies in the changes.

Given that MIUI 12 isn’t expected until somewhere in Q3 2020, Xiaomi still has plenty of time to make all the changes and improvements needed to deliver a complete product in the end.

Check out some of the screenshots below. 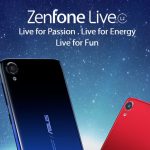 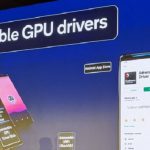