When Xiaomi announced the temporary closure of its MIUI 11 beta development back in March, it was a sign that the development of the MIUI 12 update was looming.

Indeed, ever since this info came out, a lot has been doing rounds regarding the said MIUI 12 update. First up was an alleged timeline that placed the release date in September for the beta and December 2020 for the stable version.

Next came a purported list of devices claimed to be eligible for an update to MIUI 12. Reports then emerged that MIUI 12 development is already underway and in case you didn’t know, some devices will get Android 11 as part of this update as well.

Now, in a new development, another list alleged to be of those devices that will receive the MIUI 12 update from Xiaomi has surfaced. Like the previous one, we don’t know how legit this listing is, but a quick look at it doesn’t raise any eyebrows. As it stands, the following devices in the Mi series will receive MIUI 12, be it based on Android 11, Android 10 or even Android 9 Pie for that matter.

For those in the Redmi series, the following devices are expected to pick up the update to MIUI 12 when it arrives later this year.

History tells us that all of the listed devices above should indeed receive updates to MIUI 12. Apparently, these models are tipped to lead the way when the software begins rolling out, probably in Q3 or Q4 2020.

Matter of fact, this could be the reason some models are not listed, but it doesn’t explain why the likes of Redmi K30 Pro and Redmi Note 9 Pro/Note 9S are not listed. Of course, this isn’t an official list and as such, don’t take it for the final word, especially since its authenticity cannot be verified. 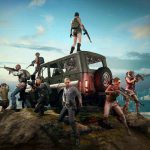 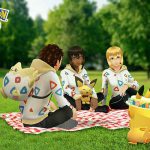