Xiaomi is showing every sign of doing away with MIUI 11 in favor of a newer MIUI 12. The latter has already had several show-ups on the web, even giving us an early look into some of the features to expect.

Not long ago, we came across a purported list of devices that are said to be in line to receive the MIUI 12 update in the first wave. Prior to that, we had also bumped into an alleged MIUI 12 update timeline, but it is the suspension of the MIUI 11 beta updates that carried significant weight.

This week will see the final MIUI 11 beta updates released to participating devices. So far, the software is confirmed to be unavailable for the Mi 10 Pro and Mi MIX 2S due to compilation issues, but the devices are expected to be attended to in tomorrow’s release – beta 20.3.26. The latter release will also be the final Pie-based MIUI beta update for the Redmi Note 8 and Mi CC9e, meaning the next wave of beta updates will bring Android 10 to the duo, although only in China.

As noted, though, Xiaomi has suspended the MIUI 11 beta updates until further notice. It’s not known when the updates will resume, but some sections believe the return of the program will be marked by the debut of MIUI 12 closed beta.

That’s nearly three months from now, which is likely when we will see the first MIUI 12 public beta update in China. Typically, Xiaomi drops some devices from its beta program whenever a new MIUI version arrives. But this availability detail is just a hunch from this side of the table. 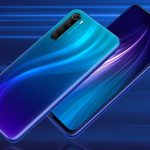