Asus ROG Phone 2 arrived mid last year and still stands out as one of the best gaming smartphones on the market. Not long ago, the company revealed that over 200 games running at 120fps are currently supported on the device, which is pretty huge.

The ROG Phone II runs Android Pie out of the box and considering its flagship status, it is one of the few Asus devices expected to receive Android 11 as well. But before we get too excited with stories of the next Android OS, let’s talk about the much-anticipated ROG Phone 2 Android 10 update.

Asus opened recruitments into the ROG Phone 2 Android 10 beta program in November 2019 and pushed the first firmware to the handset the following month.

The device has since received multiple incremental beta builds and even though we didn’t capture all of them, we do know that the latest is beta 9.

That’s a hell lot of beta updates, but hey, we don’t make the rules around here, but there are definitely some good reasons behind releasing so many beta updates for the same device.

In late January, fears of a possible delayed ROG Phone II Android 10 update rollout emerged after it was revealed that the developers had encountered some bugs along the way.

Of course, you don’t want your device to be updated with buggy software, so Asus had to delay any plans of the official rollout in order to address these bugs.

Besides their encounter with bugs, some Asus developers also had to deal with the coronavirus outbreak in the region. We all know the impacts of the deadly virus not just in terms of the death toll, but also on the delays it caused on software updates, among other things.

According to Asus, the fact that the ROG Phone 2 is pretty much different from the likes of ZenFone 6 and ZenFone 5Z that have already received the update in terms of specs slows down the software development process.

In addition, the gaming phone has a lot of accessories that need software optimizations in order to play nicely with the new OS. This, by all means, has made the ROG Phone 2 Android 10 update development process quite complicated.

The reality is that we have to prioritize because we can not release a new Android to all our phones at the same time. Our priority (which is probably the same as for all manufacturers) is to start with the phone(s) that is easiest to update and most important to us at that current time. This could be a newly launched phone followed by the phone with the most active users. In our case, we started with ZenFone 6. We could then use that code as a template with some modifications for older models with a lot of active users without having to rewrite a lot of code. But ROG Phone II is not like those other phones. The specs are very different and it has a lot of accessories. It’s probably one of the phones out there which is most complicated to make a new OS for. Again, we don’t want to launch something with a lot of bug just get it out as fast as possible. Other manufacturers have made that mistake and they wished they hadn’t.
Source

On the brighter side, Asus says the next update the ROG Phone II picks up will not only come with a new security patch, but also tag along the much-awaited Android 10 OS.

But when exactly will this update that brings Android to the second-generation ROG Phone arrive? Read on…

A couple of weeks ago, an Asus ZenTalk moderator revealed that the update to Android 10 was so close for ROG Phone 2 owners, but as usual, there was no going into specifics with the release date. Unfortunately, though, it seems the wait for the OTA update to arrive is still on, especially now that the developers seem to have encountered yet another bug in the nearly finished product.

Here is what Asus has to say about this new low in the hunt for the ROG Phone 2 Android 10 update:

When I said “around the corner” for the first time (which was about 1 month ago), this is what I believed and truly hoped but since then we’ve had to postpone three times because of new bugs that were important to fix. We’re doing our best to bring you this update as fast as we can. We know how upset you are and we hate to disappoint you but we know that it’s better to wait than to give you something that isn’t finished. Another famous brand made that mistake and we don’t want to go there.
Source

If anything, we can pretty much assume the update to Android 10 for ROG Phone II owners is around the corner, perhaps before the end of this month. We will keep an eye on the developments and update this article as and when we get news.

While responding to a concerned ROG Phone 2 owner regarding the issue where maximum volume sounds lower than usual, a ZenTalk forum moderator has hinted at the imminent release of Android 10 for this device with a fix for this issue.

That test would only work if we test with the same app and same phone. Wait until the A10 update. It will be released very soon and we’ve made a change to the volume control
Source

Asus is rolling out Android 10 beta 9 update to the ROG Phone 2. See the full details, including the download link, here.

Asus says the update to Android 10 for the ROG Phone 2 is now up for grabs. We have the full story here. We also have details of the download link for manual installation here. 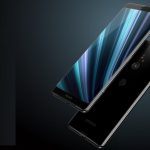 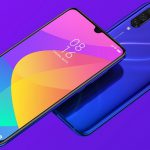