Asus started testing the ROG Phone II Android 10 update in November 2019. Fast-forward over three months later, the company now says the stable rollout is so close to rolling out.

The Taiwanese company has already released the 10 update to several devices that include the ZenFone 6 aka Asus 6Z and even the older ZenFone 5Z. The likes of ZenFone Max Pro M2 and Max Pro M1 are still testing the beta version.

Late last month, the ROG Phone 2 picked up its sixth Android 10 beta update, suggesting that the release of the final build was imminent. This came after the device picked up various certifications with Android 10 running the show, yet another indicator that the rollout wasn’t too far away.

While chiming in on a UI issue ROG Phone II users were complaining about, a ZenTalk forums moderator suggested that affected users can as well wait for the stable Android 10 update to address the issue because it isn’t too far away.

Whether its days or a week is hard to tell, but given that the last beta update arrived close to three weeks ago, it sure looks like the stable version is around the corner. We will let you know when the OTA arrives.

As part of the update, ZenFone 6 users will no longer deal with the issue where Double-tap to wake worked occasionally. The update also likely bundles other bug fixes and optimizes system stability, so be sure to grab it once the notification shows up.

1. Fixed the issue that Double-tap to wake up might not work occasionally
2. Optimized system stability
Source

At the moment, it’s still unclear if this update also addresses other ZenFone 6 issues related to Bluetooth connectivity, speaker sound, and even VoWiFi calling services in India, among others. 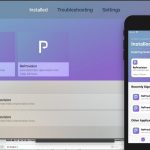 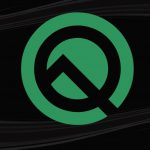