It’s only a few weeks from now and the new Samsung Galaxy S11 – or the Galaxy S20 as reported by some sections – will be upon us. The launch event is expected to take place a week before the MWC 2020 begins in Barcelona.

Most of the Galaxy S11 leaks and rumors doing rounds are hardware related and even though there’s this great feeling that comes when you bump into photos of an unreleased product, hardware doesn’t tell the whole story.

More often than not, device makers tend to hide some of the details about upcoming devices in the developer code. This is the exact case that has led to the discovery of a bunch of Galaxy S11 features to expect alongside some info on the charging speed of the Galaxy Fold 2.

Folks at XDA Developers were able to tear down the latest Galaxy Note 9 One UI 2.0 update and discovered several dormant features in the OS, suggesting that they could be part of the next wave of flagship smartphones from Samsung, though not guaranteed.

From the look of things, Samsung Galaxy S11 could mark the return of Pro Video mode – a camera feature that lets users tweak the exposure, ISO, shutter speeds, and even color tone of videos manually, just like it already works with stills.

It is also likely that the Galaxy S11 will debut with four new Live Focus bokeh effects namely Artify, Mono, Side Light, and Vintage as well as a Director’s View mode for selecting and focusing on a certain subject to be automatically tracked. This mode should also come in handy when it comes to close-ups.

The One UI 2.0 APK teardown also revealed some details about the kind of battery charging to expect when the Galaxy Fold 2 hits the shelves. As it stands, the device will get Super Fast Charging tech ranging between 25W and 45W.

Still on batteries, the Galaxy S11 may also get a new battery health feature to monitor the overall battery health and maybe help owners of the device better understand when it starts wearing out.

If interested, you can check the full APK teardown here, but once again, nothing is guaranteed, so take it with a grain of salt. With only a few weeks remaining until the Galaxy S11 launch, it shouldn’t be long before we get to verify these details. 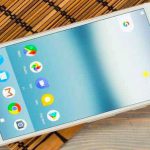