We are fast approaching the end of an exciting 2019, where we got to witness a lot of new innovative smartphones and devices. Be it Samsung, Huawei, OnePlus, or even Xiaomi, every OEM was buckled up for bringing out something new for the users this year.

As we prepare to wrap this year, the Korean giant has got their plate full for the coming one. Samsung is now preparing for the launch of the next-gen Galaxy S series i.e. Galaxy S11, which is expected to be unveiled in February 2020.

As for every modern-day smartphone, several leaks and rumors about the Galaxy S11 lineup are popping out. Whether it is the use of a custom 108MP sensor on the primary camera or the use of a massive battery, Samsung fans have enough materials to gossip about.

Not only those alleged improvements, but it is also rumored that Samsung will make use of the Snapdragon processor in more regions, ditching the in-house Exynos chipset. Besides, the LTE variant of Galaxy S11 recently bagged BIS certification.

A change in the naming convention (*cough* Galaxy S20 *cough*) is in the air, but we should see the initial trio (regular, ‘e’ and Plus models) right from the beginning. In a recent development, some more exciting information is available for the device.

The famous leakster, Ice Universe, is back again with some more leaks about the Galaxy S11. The same source has released new images that show reference protective films that depict the actual size of the phones.

In the above image, we can clearly see the small bezel and the size variation between all the three Galaxy S11 models i.e. Galaxy S11e, S11 and S11 Plus, respectively. Previously, Ice Universe also tweeted an image of the cover revealing small bezels and a punch-hole for the Galaxy S11.

In fact, it is speculated that the screen size of the Galaxy S11 Plus can be up to 6.9-inches, which if turns out to be true then, it is going to be even bigger than the Galaxy S10 Plus that sports a 6.4-inch display.

Since all the above information is based on leaks and rumors, so we can’t confirm anything as of now till something concrete or official comes up.

Let us know in the comments below what are your thoughts on these new leaks about the Galaxy S11 series from Samsung. 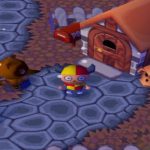 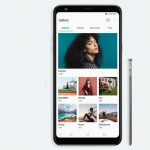