Samsung’s upcoming Galaxy S11 family of phones, at least the galaxy S11 Plus, may come with a 108 MP camera. We have already seen 108 MP sensor in the market. Made by Samsung, it has been around for a couple of months already – none other than ISOCELL Bright HMX.

The sensor (codename S5KHMX) which was co-developed with Xiaomi has already been used in the Xiaomi Mi CC9 Pro aka Mi Note 10. However, the upcoming sensor is expected to be different; tweaked to get more functionality out of it.

This comes to us as a leak from legendary leakster, Twitter user Ice Universe.

Contrary to initial reports that this would be a spin-off of the existing 108 MP solution, Samsung does not use ISOCELL Bright HMX sensors. However, on this one, the sensor dimensions are similar.

The Samsung version of this sensor is expected to also spot a size of 1 / 1.3-inch, just like the ISOCELL Bright HMX.

Samsung’s sensor is expected to cost a lot more than the Xiaomi developed one. This could be due to the extra benefits we assume Samsung is going to bundle into the sensor.

Since its first Galaxy, Samsung has routinely stuck to a Galaxy S launch in Q1 of every year. This means we should expect the Galaxy S11 family of devices around February or March 2020.

We also expect more and more information about this device to leak in the coming weeks that lead up to the official unveiling.

NOTE: We have these and many more Samsung-related stories under our dedicated Samsung section. Check it out for the very latest on Galaxy S11 and more. 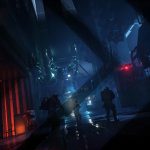