The reason why Samsung tops the list of popular smartphone manufacturers is their flagship devices. Despite having a mediocre track record in the budget arena, their Note and S series tend to compete neck-to-neck with other OEMs every year.

In 2019, the South Korean manufacturer released three variants of S10 (regular, Plus, and an e edition). As you might already know, S10e is a compact flagship with small compromises in battery, optics, and of course, in the pricing.

As we are bidding farewell to the year, leaks and speculations are actively circulating among gadget enthusiasts about Samsung’s next flagship. About a month ago, we got to know they started firmware development on Galaxy S11’s LTE models.

The newest leak coming out from Sudhanshu Ambhore reveals that a 4G model in the S11 series (SM-G980F) got BIS certification. In the tweet, he had included the screenshot from the official website too. To recall, he did share the same case with Note 10 Lite a couple of weeks ago.

For starters, BIS stands for Bureau of Indian Standards. Moreover, having the same indicates it meets the standard requirements to hit the market (in the particular territory, of course). So, there should not be any questions about its arrival in India anymore.

Another interesting speculation we could lay our eyes on is a possible change in the naming pattern. Given the nomenclature Samsung had been following for the S series, one could think the next flagship should come out as S11.

But, seems like it is not going to happen! The popular leakster Ice universe (@UniverseIce) says the new offering under the S lineup will grab the name S20. Justifying his tip, he added that the year 2020 is just around the corner and it would embark a new beginning for the company.

So, which one do you prefer, S11 or S20? Do not forget to share your thoughts in the comment section below. In barely three months, we will get to know the actual name they chose. So, fingers crossed! 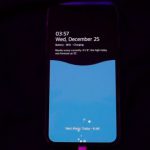