With only a couple of months before Samsung unveils the Galaxy S11 series, a lot is already out there. Be it the specs, the features to expect, or even the camera details.

Today, we have our eyes on 3D renders made by popular YouTuber Concept Creator (via LetsGoDigital) showing off the design of the Galaxy S11 based on previously leaked materials.

Samsung will reportedly launch the Galaxy S11 on February 18, 2020, a few days before the MWC 2020 event begins in Spain. The phone is said to come with a massive 108MP camera on the back packed with plenty of improvements and located in the top left corner with a significant bump.

Now, thanks to the latest 3D renders created from materials previously leaked by the likes of OnLeaks, we have a better view of what the Galaxy S11 will look like when it arrives.

The most notable change on the front end is the relocation of the selfie camera, this time mimicking the Galaxy Note 10. Also, the Galaxy S11 becomes the first in the S line to lose the 3.5mm audio jack. The Note 10 was the first Samsung flagship to drop this feature.

From the renders, the Galaxy S11 is seen with up to five camera lenses on the back module, but Samsung is unlikely to do a ‘Nokia 9 PureView’ and use the same type of lenses for the entire system.

Matter of fact, it is expected that the main shooter will be the aforementioned 108MP unit allied to a 5x optical zoom lens, Bright Night camera sensor, ultra-wide-angle lens, and a ToF (Time of Flight) camera.

Of course, fewer lenses will be on the back of the smaller Galaxy S11e. It will reportedly come with a 6.3-inch screen while the S11 will get a 6.7-inch panel. On the other hand, the Plus will go all the way to 6.9 inches. All three panels will support a 90Hz or 120Hz refresh rate.

With 5G set to go mainstream in more countries in 2020, it has also been claimed each of the Galaxy S11, S11e, and S11 Plus will have a 5G variant accompanying it. We should know more about this as the new year fast approaches and we’ll keep you updated.

Check out the 3D render video below. 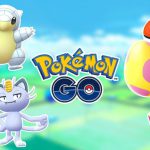