Despite being the leading smartphone seller in the world, Samsung couldn’t release the first Android handset. That feat goes to High Tech Computer Corporation and their T-Mobile G1 (HTC Dream) wears the crown of commencement. Nonetheless, the Taiwanese pioneer is a sinking ship now.

Let’s leave HTC and shift our focus to Samsung. The South Korean OEM found their way to dominate the market through flagship devices. Coming under two lineups (S and Note), those turned out to be the backbone of the company over the years.

In 2019, Samsung released Galaxy Note 10 and S10 series. And, they refined the user interface to come up with One UI even before that. Unlike the previous Android overlays, users found it refreshing. But you know, every coin has two distinct sides!

For example, Galaxy S10 customers found it irritating not to have Pro Video Mode. Yeah, it was present on the previous models before the update and many brought themselves into disappointment trying to record videos using Pro Mode after installing Android 9 Pie.

Although Samsung acknowledged the issue and ensured to roll out a fix, we haven’t seen it coming yet. In the meantime, the year is nearing its expiry and we are hearing speculations about Galaxy S11 already. Guess what! We got our eyes hooked on something interesting.

We hope it will turn out true. The absence of Pro Video Mode on S10 caused fuming discussions in the community. So, we see no reason for the vendor to overlook the feature on the next flagship. Along with that, we could spot some other possible features too.

There will also be 4 new Live Focus filters, likely for the S11 specifically. They are:
Side Light
Artify (Typo in the string says Aritfy)
Vintage
Mono
(Source)

And, according to another tweet from the same handle, we happened to know the company is working hard to improve the optics on their next offering. Considering the competitors (especially Huawei), Samsung had to make such a move to secure the pole position.

Speaking of the authenticity of the tweets, they come from an XDADevelopers writer, who appears in their YouTube videos too. Hence, we don’t think the details are just meaningless bubbles. However, we have to wait until S11 goes live to judge the validity. 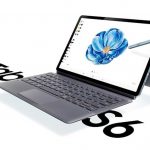