Remember when Xiaomi brought the support for FM radio on Mi A1 via Android Pie update? Well, the hardware module was already there, but the necessary software layer was missing in the earlier builds. The OEM committed plenty of such uncanny incidents with their Android One lineup.

For example, Xiaomi’s Manu Kumar Jain did promise to bring Android 10 for Mi A3 as early as possible, but it did not materialize. Other Android One phones like Motorola One Power already received the update, but Xiaomi is allegedly targeting a release window in January, 2020.

Vanilla Android distribution is a catalyst for swift update delivery, and Essential is the biggest proof of this claim. Take a look at LG – a company known for notoriously slow software updates has recently pushed stable Android 10 OTA for Android One powered LG G7 One.

Other mid-range phones from Xiaomi are actually doing quite well in this domain, despite running MIUI. Redmi K20 picked up Android 10 via stable channel a few days ago, while Mi CC9/Mi 9 Lite grabbed it as closed beta.

Legacy Android One phones from Xiaomi, such as Mi A1 and Mi A2, are currently getting Android Pie based December security patch in different regions. The delay triggered a ray of hope among the owners of Mi A3, but the reality is quite harsh.

Yep, another security update without Android 10! At the time of writing this article, the OTA is available to a small percentage of people rocking the global variant of Mi A3, but European model should get the same eventually.

Regarding the software version, well, there is a big jump. The November build was internally tagged as V10.3.9.0.PFQMIXM, while the new update with December patch is carrying V10.3.12.0.PFQMIXM as the version number.

The size of the incremental update is rather small (around 94 MB). Guess this would be the mandatory prerequisite of installing Android 10 in the coming weeks, so do flash the OTA as soon as possible.

Have you got the update notification on your Mi A3? Comment below. 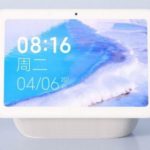 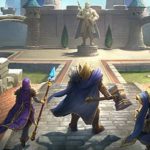