The upcoming One Piece chapter 965 will be out soon. Exciting new spoilers have just appeared reporting a possible big fight between Roger and Whitebeard. If this fight happens in the coming chapters, it will surely be epic.

Moreover, the upcoming chapter will also show us how Teach joins Whitebeard’s crew. This may potentially lead us to understand Blackbeard more. This flashback may also mean that Blackbeard will appear in the present time Wano arc.

The need for division commanders arose when Whitebeard pirates continually increased in numbers. We know all that Whitebeard wants is a family. That is why he calls his subordinates his sons. It is different with Oden however.

Whitebeard knows that Oden is not the type who will just follow someone’s command. He does not apply the endearment son to him either. He calls Oden little brother and gave him a charge over the 2nd division.

Two years into Oden’s journey, Momonosuke was born. Over the years Whitebeard pirates just continue to increase in number. One day an orphan kid came to them begging to be allowed to board their ship.

That kid was Marshal D. Teach. Although his crewmates were hesitant, Whitebeard allowed him to board their ship. Teach’s main reason for joining us because he has nowhere else to go, and Whitebeard welcomed him. This may be the reason why Teach has great respect for him.

In their final battle in Marineford, Teach said that he respected Whitebeard and even wanted to be like him one day. But his respect and adoration declined as Whitebeard grew weak.

Originally, Teach does not seem like the person with an agenda. His reasons for wanting to join Whitebeard seemed innocent and genuine. So how come he turned out the way he is now?

Since the time Teach joined Whitebeard, it would not be long until they meet Roger. I think Teach learned more about his family name D, the world government, and maybe some history about Whitebeard’s affiliation with Rocks. I believe Teach’s current intentions built overtime.

How Blackbeard can appear in Wano arc

Oda already revealed that the upcoming war in Wano will make Marineford war cute. He also speaks of revealing a lurking legend. For now, we can only guess who this lurking legend is, but we can speculate who might be in this war.

Blackbeard is also after the One Piece and is well-prepared for accomplishing this. The only things that he needs now are directions to Laugh Tale. And it is an obvious possibility that Oden and/or Wano has something to do with finding One Piece. In fact, it could be the main reason why Roger invited Oden.

If it is true, then Blackbeard may just be waiting for the right moment to snatch intel from Wano for his voyage. Since Blackbeard and Oden were on the same ship for some time, he could learn something about Oden that can lead to One Piece. 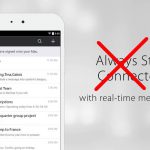