Android 10 has been out since sometime in September. Already, phone makers with devices that run builds as close to stock Android as Google’s software have already been updated. We are talking Google Pixel devices, as well as Nokia and even OnePlus.

Well, the same cannot be said about other phone makers like say OPPO, Huawei or even Samsung. These phone makers offer a customized fork of Android, which is ColorOS, EMUI or One UI. It, therefore, takes time to customize this skin based on the new version of Android.

For Samsung, we have already seen the stable build of One UI 2.0 is being rolled out to Galaxy S10. This means the first batch of Samsung devices are very well on schedule to get the Android 10 update.

The second set of devices in line for the update are last year’s flagships, the Galaxy S9 and the Note 9. The two devices have already picked up one major beta and a hotfix in the recent past. This is for users who signed up and are part of the beta program.

Sticking to the fast development that Samsung has come to be known for, the Note 9 users are getting yet another Beta on the road to a stable build of Android 10.

This update is available for the Galaxy Note 9 international Exynos version with SM-N960F model number. There is still no official word about the Snapdragon variant of the update though it shouldn’t be too far off. The same ZSKH update has been reported in Korea as well.

The update which carries the December 1 Android security patch update also brings a bunch of fixes that dodged the previous beta. These include annoying bugs reported by beta testers including a reboot every time a user connected a VPN among many others.

Before you install this update, you need to be running the very latest version. Your phone has to be on full stock ZSK7 i.e. the initial hotfix firmware (introductory update in case of Indian unit). If it doesn’t, you need to go to your settings and update accordingly.

This update is for Note 9 users who are part of the beta testing program. It is still in beta and as such, might contain a number of issues. You are better off waiting for the official version of Android 10 for your device if your Note 9 is your primary device. 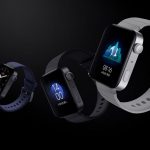