Samsung Galaxy Note 9 One UI 2.0 beta update based on Android 10 rolling out in Europe (Download links inside)

The latest version of the most popular OS in the world, Android 10 went live through the public update channel on 3 September. Google astounded everyone by not nicknaming it after a dessert, on the contrary to what they had done until last year.

It’s easy for a manufacturer to rollout updates to devices running stock Android because the build doesn’t need any alterations. But, it’s the other way around for phones with skinned operating system (MIUI, EMUI, etc.).

When it comes to Samsung handsets, they run on One UI. The South Korean company released it for the public in the beginning of this year as a successor to TouchWiz. And, it has already gained momentum as a decent Android overlay.

The first version of One UI is based on Android 9 Pie. Apparently, the one that’s yet to hit the public update channel is One UI 2.0 and it runs on top of Android 10. To recall, latest flagships from the brand already received it as beta.

Today, we have seen Galaxy Note 9 getting the same in the home country as well. Surprisingly, the OEM started releasing the update in Europe too. However, you will have to join the program from the Samsung Members app to make yourself eligible for getting it.

Once you sign up, you will see an OTA notification. In case you don’t, go to Settings>> Software updates. There, you can have it. What if you want to get the update without registering for the program? Well, you can use the following link to download the package then.

Don’t forget to rename the file to update.zip and place it inside the root directory. Now, reboot your phone to the recovery mode by pressing power+Bixby+volume up buttons simultaneously. Select Apply update from SD card and browse to the previously placed update.zip. 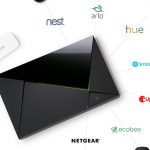 NVIDIA Shield Google Home integration is broken for some, but there's a way out 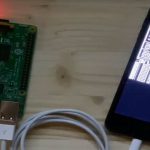