Samsung has recently closed down One UI 2.0 beta recruitment for Galaxy S10 & Note 10. This, seemingly in preparation for the official rollout of Android 10. The same day, Samsung switched focus and development onto the Note 9, opening up recruitment for beta testers.

We also saw the first Beta for One UI 2.0 dropping for the Note 9 in Europe. So it is safe to say that Samsung is onto its second phase of Android 10 pilot rollout.

As expected, the One UI 2.0 based on Android 10 beta for the Galaxy Note 9 was initially started in South Korea. The Galaxy S9 series beta is set to open next week.

As for a release timeframe, it’s unclear just when you’ll be able to get the stable version of Android 10 based One UI 2.0 on your Galaxy Note 9 or S9 — although we’ll be sure to let you know when you can.

However, it has not been a walk in the park for the first One UI 2.0 for Note 9 testers. The initial build is ridden with bugs and issues. We took a tour onto the forms to see what the testers had to say about this early build and many had issues.

These issues range anywhere from disabled gestures on third-party launchers to persistent watermark on screen.

According to the official Samsung beta coordinator, they are aware of this issue and it should be removed in the stable builds.

This is a phrase that shows itself on the phone.

Please note that a stable version will be removed when Note 9 is released.

Another rather trivial bug is that, third party launchers do not support gestures at the moment. Samsung has also acknowledged the phenomeno . In response, Samsung says;

If you are using the 3rd party launcher, multi-gesture is not supported at this time, so more options are not supported.

All this goes to show just how buggy the beta software can be. It can be very inconveniencing to have to deal with this many issues on your daily driver smartphone. We hope Samsung does fix these issues for the affected users and the entire beta program.

The Galaxy Note 10 has been undergoing Android 10 tests for a while now. The official launch is rather imminent. Today we have reports that the next (and probably final) beta for Note 10 might be released after two weeks.

This really is fantastic news for those hoping to get Android 10 in the coming months, as getting test builds out is a sign that we’ll see stable builds potentially before the year is out. 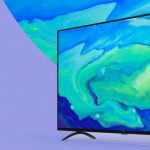