Samsung is expected to begin rolling out the stable Galaxy S10 Android 10 update in the coming days or weeks for that matter. The company has been testing the One UI 2.0 update for several weeks now and there are signs the test period is coming to an end, at least for the S10 family.

The S10 trio picked up their fourth One UI 2.0 beta update last week, moving it a step closer to the final release. Samsung has also ended the beta registration exercise for the three S10 sets in Korea as well as the survey program, suggesting that the stable rollout is imminent.

After the S10, the Galaxy Note 10 Android 10 update will be next in line. The company started testing One UI 2.0 beta on the Note 10 and Note 10+ a couple of weeks after the OS arrived on the S10, so the stable rollout should also be a fortnight or so apart.

A week after Europe got into the One UI 2.0 beta program, the Indian variants also got the nod to join in the action. We thought this update would eventually hit the European models as the second One UI 2.0 beta, but this did not materialize like it did with the S10 beta updates.

The new One UI 2.0 beta 2 update for the Note 10 duo in India brings with it several improvements and bug fixes as listed below:

The OTA weighs in at 771MB and interestingly, the above changelog is the same (word-for-word) as the fourth Galaxy S10 One UI 2.0 beta, which adds even more weight to our earlier hunch that the stable rollout isn’t too far away.

The second One UI 2.0 beta update is not only rolling out to the Galaxy Note 10 and Note 10+ in India, but also the 5G variant in Korea. The latter is receiving the update with the same changes as the Indian models.

We will keep an eye on future Galaxy Note 10 Android 10 updates to let you know when the stable rollout begins. Meanwhile, stay tuned to our Samsung and Android 10 sections for more related stories.

U.S. variants of the Galaxy Note 10 and Note 10+ are now receiving their second One UI 2.0 beta update. Details here. 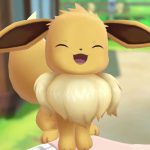