[Beta 2 rolls out] Samsung Galaxy Note 10 One UI 2.0 beta (Android 10) rolling out, this time for real (Download links inside)

Samsung is the only major smartphone vendor that didn’t have a device in the early Android Q beta program. That’s the second year in a row since Google started including non-Pixel devices in the beta program.

Despite shelling out $1000, Galaxy S10+ owners had to wait until after Google released the stable version of Android 10 before they could get a taste of the OS. The rollout started in mid-October in Korea and slowly spread out to a few other countries in Europe, the U.S., India, and China.

While the initial One UI 2.0 beta update was limited to the Galaxy S10 family of devices, including the smaller Galaxy S10e and the 5G variant, there was no place for the Galaxy Note 10 and Note 10+.

Samsung promised to bring Android 10 beta to the Note 10 devices at a later time and last week, everyone thought the rollout had kicked off, only for the company to halt it for some reason.

According to fresh reports, it seems the Galaxy Note 10 Android 10 update has now resumed rolling out, this time for real. The One UI 2.0 beta update has been spotted in Germany, which is one of the European markets participating in the program. Others are the UK, France, Poland, and Spain.

The software version is N975FXXU1ZSJF, the same version number that went out last week. Since there wasn’t any going back, the security patch level also stays on November 1.

If interested in flashing the One UI 2.0 beta update on your Galaxy Note 10 or Note 10+, we do have the download links below. However, be sure that your phone meets several prerequisites as defined in this XDA thread.

For instance, your Exynos Note 10 or Note 10+ must be running the latest stable build number ASJ2 and that it must support multi-CSC OXM, something you can check by typing *#1234# in your dialer.

If you are not into flashing ROMs and you really want to get the Galaxy Note 10 Android 10 update, be sure to follow the guide provided in this XDA thread. It is also the place you want to be in case you bump into any issues while flashing the new ROM.

The second Galaxy Note 10 One UI 2.0 beta update is now available for download as build ZSK4. This same build number is also rolling out to the Indian variants of the Note 10 duo as the first One UI 2.0 beta. Details here. 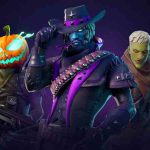