It has been coming! Finally, Samsung has announced the long-awaited One UI 2.0 beta program that is aimed to grant owners of Samsung Galaxy S10e, Galaxy S10 and Galaxy S10+ early access to Android 10.

This program, like others before it, is meant to test the new OS before making it public. Last year, the One UI 1.0 beta program went live in November, with the stable version of Android 9 Pie arriving in Europe around Christmas time.

Now that the new One UI 2.0 beta is going live in October, it makes sense to argue that the stable version of Android 10 should be here towards the end of November. But of course, this will only be true for beta testers.

As seen in the image below, Samsung says the One UI 2.0 beta program will begin soon. What soon represents, in this case, is a little hazy, but none of that matters up to this point. The most important thing is that Samsung is set to begin testing Android 10.

As you would expect, the early program will be limited to the flagship Galaxy S10, Galaxy S10e, and Galaxy S10+. Samsung says the Galaxy S10 5G will be recruited into the program at a later date that will be communicated by the company.

Like last year where the then newer Galaxy Note 9 missed out on the initial Android Pie beta program, the Galaxy Note 10 and Note 10+ also miss out on the upcoming One UI 2.0 beta program. But of course, we expect the duo to link up with their counterparts shortly after the first beta build goes live.

Besides being limited to a few devices, the early One UI 2.0 beta program will also be limited to the Korean market. Of course, Samsung should expand the beta testing exercise to the global units at a later time, probably before the end of October.

A while back, an unofficial list of Samsung devices that are expected to receive Android 10 popped up online. Even though it looks like what Samsung would want to do, the company hasn’t said a thing about its Android 10 roadmap yet.

Nonetheless, it looks as though Samsung is on course to begin rolling out Android 10 a month earlier than the last version, which is a continued sign of the good things that Samsung has been doing with respect to timely software updates.

It is now official. Samsung has today announced that the global units of the Galaxy S10, S10e, and S10+ can now join the One UI 2.0 beta program to enjoy the latest Android 10 ahead of public release.

The Galaxy S10 One UI 2.0 beta program is expanding to more regions in the coming days. Those in France, Poland, Spain, the UK, India, and China will soon be eligible to take part in the program, SamMobile reports.

For folks in India, it won’t be long before public beta testing begins now that the firmware is already available for a few select Samsung brand ambassadors in the community forums.

We will keep an eye on when the update is released in other regions and keep you updated. 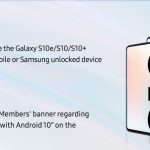 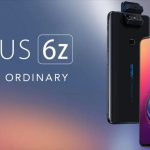