Everyone deserves the Android 10 experience – this seems to be the motto of Samsung engineering team nowadays. They have already included the 5G variant of Galaxy S10 in the One UI 2.0 beta initiative.

PiunikaWeb readers should also be aware of a second build for regular Galaxy S10 units that got out yesterday.

Now there is a catch! As the beta orchestration is being gradually expanded in various countries, several users got the new build (ZSJF) as their second beta i.e. as an incremental package over ZSJ6 build. On the other hand, countries like India are now getting the cumulative surprize.

As a consequence, there are several branches. We previously shared the direct download links of One UI 2.0 beta packages, but you can’t use them to update Indian Galaxy S10 units. The reason is the base version number difference – Indian models are running build ASIG (not ASII) after October security update.

Nevertheless, the passionate community members have captured everything, including the ZSJ6-to-ZSJF incremental OTA zips! Please pick the correct one for your model and flash accordingly:

– No picture appears in gallery.

– Screenshot capture sound even though system silent mode is set.

– Occasionally bounces when resize is entered in keyboard settings.

– Crash occurs when the camera is launched.

Wait, there’s more. Apparently Samsung is also pushing the same build as the first Android 10 based One UI 2.0 beta update for Galaxy Note 10 lineup. Like Galaxy S10, only Exynos powered international units are getting the OTA at this moment.

We hope US Galaxy Note 10/Note 10+ (including the 5G variants) are the next recipients of this long-anticipated update. The article will be updated as soon as we have our hands on the update packages, so do keep an eye on our site!

Although Samsung started pushing the Galaxy Note 10 Android 10 update last week, they quickly halted the rollout. Anyway, the One UI 2.0 beta update has now resumed. You can find more info as well as the download links in this article. 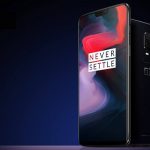 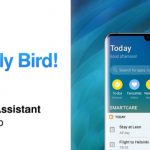