With every One UI 2.0 beta release, Samsung moves a step closer to rolling out the stable Galaxy S10 Android 10 update. The latest to arrive is the fourth version and even though Samsung hasn’t said the next update will bring the stable version, there are some positive signs.

For starters, the Galaxy S10 Android 10 beta testing program has been ongoing for at least a month now in Korea. This is roughly the same duration it took to test Android Pie before rolling out the stable version, so the stable Android 10 shouldn’t be too far away.

Furthermore, yesterday the company announced that the beta registration has closed for the S10, S10e, and S10+ in Korea, suggesting that the stable rollout is around the corner. Note that it’s new registration and not the testing process that has closed.

Hello, I’m in charge of beta operations. Beta recruitment for S10 series (excluding S10 5G) will close at midnight today (11/14). If you haven’t already, don’t miss it. Please check the precautions before signing up. Thank you. [Translated from Korean].
Source

Most of the heavy work is already done, so don’t expect drastic changes as part of the new build ZSK9. But as you can see from the screengrab above, there are several bug fixes and optimizations.

The above update is available over the air for those participating in the One UI 2.0 beta program, but as it has become a norm, we also have the download links below for manual installation. The firmware for the standard S10 isn’t available yet.

Another indicator that the stable Galaxy S10 Android 10 update is around the corner is the nearly-concluding One UI 2.0 beta survey program that started alongside the beta testing program.

Of course, this is by no means intended to say the One UI 2.0 beta program has come to an end for Galaxy S10 users, but it does suggest we are almost there. We will keep an eye on the developments and let you know when the stable version arrives. 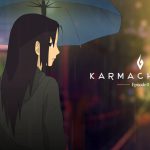