Samsung opened the One UI 1.0 beta program on November 15, 2018, kicking off a long-awaited exercise to try Android Pie on the then-flagships Galaxy S9 and Galaxy S9+. Some S9 and S9+ owners went on to receive the stable Pie update as their Christmas gift.

It took Samsung approximately 40 days to test and release Android Pie. If nothing changes, the stable One UI 2.0 update based on Android 10 could begin rolling out this weekend or maybe next week for the Galaxy S10 series in Korea, with the global models picking it up soon after.

Sure, this is just a little hunch I got, but until then, those using the Exynos variants of the Galaxy S10e, Galaxy S10, and Galaxy S10+ have a new software update to download and install, probably the final Pie-based update they ever get.

The Galaxy S10e is receiving the new November build as version G970FXXU3ASK1 while the standard S10 is getting it as version G973FXXU3ASK1. As seen in the screengrab above, the S10+’s update is arriving as version G975FXXU3ASK1.

Samsung has attached a changelog to the new build ASK1 and it’s a very familiar one. Except for the security patch levels, everything matches the changelog that accompanied the October update (build ASJD), word for word, as shared below.

The new Galaxy S10 November build is rolling out over the air and has so far been spotted in Kenya, but we expect more regions to pick it up soon.

A similar second build ASK1 also rolled out to the Galaxy Note 10 and Note 10+ as the second November build but with improvements to the fingerprint algorithm, which could suggest Samsung is cooking something for these two models.

We will keep an eye on these two and let you when they get their One UI 2.0 updates. Stay tuned to our Samsung and Android 10 sections for more related stories. 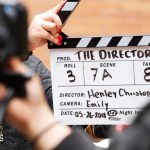