Samsung Galaxy S10, Galaxy S10e, and Galaxy S10 Plus users on the Exynos models have a new software update arriving over the air with a bunch of improvements and new features as well.

It’s that time of the year that every Galaxy S10 user hopes that the next software update they receive brings Android 10. While the OS is already available to all S10 variants, including the S10 5G in some markets, it is still in beta.

The first beta updates arrived mid this month and Samsung has already rolled out the second beta version. The latter was also accompanied by the first One UI 2.0 beta update for the Galaxy Note 10 and Note 10+, making it at least five Samsung devices with access to Android 10, albeit in beta.

Even with most of their attention now on delivering the One UI 2.0 stable update to the Galaxy S10 and Note 10 devices probably before the end of the year, Samsung still got time to push the latest security patches to these very devices.

While those taking part in testing Android 10 beta on their Galaxy S10 and Note 10 units have already received their November security patches as part of the latest One UI 2.0 updates, S10 users still on Android Pie stable can now join them in receiving the new security patch.

On the standard Galaxy S10, the latest Android Pie-based November patch is arriving as version G973FXXS3ASJG while the S10e is getting a similar treat as version G970FXXS3ASJG. If you own the S10+, watch out for an OTA with software version G975FXXS3ASJG.

Besides the updated Android security patch level, the incoming Galaxy S10 November update also brings yet another improvement to the fingerprint scanner.

The Galaxy S10 and S10+ have been accused of having faulty fingerprint sensors, something that Samsung has been keen to address through software updates, including the latest arrival.

In the previous update, the fingerprint version was updated to 2.0.24.21, but after installing the latest Galaxy S10 November update, the version will be bumped to 2.0.25.21.

If you are a regular user of the fingerprint scanner on the Galaxy S10 or S10+ for authenticating financial transactions, be sure to grab the latest November security update. So far, the update is available in Switzerland, but more regions should get it sooner or later.

Hot on the heels of the Galaxy S10 series is the Galaxy Tab S4 November security update. The OTA is arriving as version T830XXU4BSJ2 and like the S10, it is available in Switzerland. For some reason, though, there is still no similar update for the LTE variant of this tablet.

NOTE: If interested in more Samsung-related coverage, check out this section. We also have more Android 10-related stuff here. 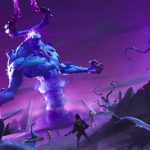