Samsung made the switch from the popular hardware button-based fingerprint scanner that lived on the front-facing bottom bezel of the Galaxy S7 to a rear-mounted scanner on the Galaxy S8, Galaxy S9, and Galaxy Note 9.

While some seasoned Samsung fans were okay with the switch to a rear-mounted scanner, some were not impressed by the exact positioning of this feature.

To make amends and perhaps appease those who prefer a front-mounted fingerprint scanner to the one on the rear, Samsung returned with one of these on the Galaxy S10, Galaxy S10+, and Galaxy Note 10.

But instead of the typical scanner that lived on the bottom bezel, the company hid it under the display screen to match the current trend. Of course, being a leader in the smartphone industry, Samsung wasn’t going to sit there and watch as other companies take all the credit.

Like any other first-generation product, the under-display fingerprint scanners on the Galaxy S10 and Note 10 have had a bumpy start to life. The S10 had its sensor fooled by a 3D-printed fingerprint soon after its release and not long ago, it also got fooled courtesy of a screen protector.

Samsung did acknowledge the security concerns surrounding the under-display fingerprint scanners in not just the Galaxy S10, but also the Galaxy Note 10 and Note 10+, promising to fix the issue via a software update.

As of this writing, this update is already available to download in multiple markets across the globe, but since the rollout is staged just like any other OTA update, some Galaxy S10 and Note 10 units are yet to receive the download notification.

If you are among those who haven’t received the download notification, worry not because right below, we have a trick that employs the use of ADB commands to force the latest Galaxy S10/Note 10 fingerprint update to install on your unit.

1. Change your system language to English – UK (other English variants might work, unconfirmed)

4. You should now be getting a notification from Galaxy Store that the update is ready to install

5. Install the update and *reboot your phone* (otherwise it won’t doze properly)
Source

Although the method is a little old, several Redditors can confirm that it actually works even with the latest Galaxy S10/Note 10 fingerprint update. However, it won’t work for those using the Android 10 beta version on either phone.

Again, since the above method involves using ADB commands, be sure that you know your way around such trickery with Samsung devices, otherwise, you’d be better off sitting back and waiting for the OTA download notification to arrive. 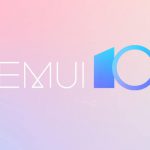