Samsung, the Korean smartphone giant, introduced the Galaxy S10 and Note 10 series earlier this year. While the former was released in February, the latter was launched recently in August.

Both the devices are true flagship premium smartphones offered by the company. The only major difference that you get is the presence of the S-Pen on the Note 10. Besides, while other smartphone manufacturers went ahead with the motorized camera mechanism in one or the other way to get rid of the notch or bezel on their smartphones, Samsung took a new step.

They brought in the punch-hole or Infinity-O design which is evident in the Galaxy S10 and Note 10 series smartphones. However, attaining a bezel-less design made Samsung put the fingerprint scanner under the display. Note that the scanner used on the Samsung Galaxy phones is the ultrasonic fingerprint scanner.

However, this time around it was related to the security of the scanner as the fingerprint scanners on the Galaxy S10 and Note 10 reportedly can be easily fooled with the help of aftermarket screen protectors.

Samsung was quick to acknowledge this issue and started pushing emergency hotfix update to address the bug. The first rollout is limited to 5G variant of international Galaxy Note 10.

And in a recent development, Samsung has started rolling out the Galaxy S10/Note 10 fingerprint update in Korea. It was announced by Samsung on its official community website. You can check out details of the announcement and the screenshot of the same below (translated from Korean):

The Note 10+ 5G self-update patch has been distributed.
Not a software update
Fingerprint pop-up notification method
The update is in progress.

We have translated the text from the above update notice for your convenience:

Before this critical fingerprint update, the fingerprint patch version was 2.0.16.12. But after this new update, it is now bumped to 2.0.24.20. Check out the images below:

The update received on the Korean unit is around 4.2 MB in size. Note that a similar announcement for fixing the fingerprint issue has been reportedly made using the Samsung Members app in other countries as reported by several users.

Moreover, users on Reddit have also reported that they were notified on the Samsung Members app with a notification titled “Biometrics Update” that fixes the fingerprint scanner issue and it will be made available in around 24 hours.

Moreover, according to the update notice, it is clearly stated that once the update is installed on the device, the users need to remove the front screen protectors and deleted all the previous fingerprints from their devices.

Besides, the update will be rolled over to Galaxy S10, S10+, S10 5G, Note 10 and the Note 10+ smartphone within 24 hours. We will keep you in the loop once we have more information in this regard. 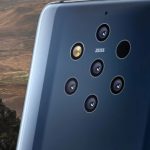