Just when we were thinking that Samsung has hit the ball out of the park this year with its folding smartphone, the Galaxy Fold and two flagship lineups i.e. Galaxy Note 10 and S10, Samsung got into trouble.

It started off with the “broken-screen” fiasco surrounding the Galaxy Fold where tech reviewers came across this issue with the screen of the device.

Though the company tried and brought back the device within months of recall, Samsung fell prey to another major issue, and this time around it was their trusted lineup which is the Galaxy S10 and Note 10 series.

“Fingerprint-gate” controversy is a very major issue that the company is now tackling with. For those who are unaware, it is related to a security vulnerability of the fingerprint scanners on the Galaxy S10 and Note 10 series. They reportedly can be easily fooled with the help of aftermarket screen protectors.

The impact was so huge that certain banks also started blacklisting Galaxy S10 for its insecure fingerprint scanner. In reaction to this, Samsung was quick to acknowledge this issue and started pushing an emergency hotfix update to address the bug.

And up till now, the Biometric updates have been pushed to almost all the affected devices and that have not yet received it, will get the update soon. And the latest one to join this list is the Galaxy S10 5G.

However, note that the update is live for Korean users only and there is no update yet for the European/U.S. Galaxy S10 5G models. Similarly, One UI 2.0 beta recruitment was recently announced for none but Korean S10 5G owners which began on October 25.

Coming back to the update received on the Galaxy S10 5G, it carries the build number ASJ5 and based on Android 9 Pie. Below is the official changelog and the screenshot of the official tracker of the update:

The new update is still based on October 2019 security patch. The fix for fingerprint scanner and the front camera slow motion feature are some major additions. Interestingly, the Exynos powered 4G edition of Galaxy S10 is also receiving a new update (ASJD from ASII).

Like the 5G variant, this ~300 MB OTA also introduces slow motion selfie camera. There is a new modem as well (ASJ4), although the changelogs are identical. FYI, the second One UI 2.0 beta bundles this new camera feature too.

One of the users of the Galaxy S10 5G on Reddit also confirmed that the update has started hitting the device and brings the above-mentioned changes.

Notably, the update is being pushed via OTA in batches and will take some time in hitting all the devices. But, you can check for the updates manually by heading to System>>Software Updates>>Download updates manually. 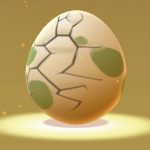 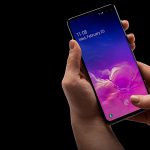