Huawei has been on the hunt for the spot that Samsung occupies at the helm of the global smartphone market share for years. While the U.S. trade ban might have disrupted the company’s rapid expansion plans, Huawei isn’t relenting in its efforts to keep existing customers happy.

In fact, Huawei has beaten Samsung to Android 10 stable update, with the company having recently rolled out the EMUI 10 layered OS to a series of devices that include the P30 and P30 Pro as well as the Mate 20 series.

Today, the entry-level variant in the P30 series is getting a chance to test EMUI 10 beta ahead of rollout. It’s only yesterday that we reported about the global beta recruitment and hours later, the P30 Lite Android 10 update has already arrived in Europe.

The incoming P30 Lite Android 10 update is the latest in a series of beta rollouts the company has been occupied within the recent past.

Over the past ten or so days, EMUI 10 beta update has been pushed to a myriad of devices that include the Mate 10 and P20 lineup, Honor 20i, Mate 20 Lite, Honor 10 Lite, and the Honor 8X, which has just picked up the update some hours ago.

We will keep an eye on these EMUI 10 stories and bring you new developments as and when we get them. Stay tuned to our Huawei and Android 10 sections for related coverage.

Huawei has made the EMUI 10 (Android 10) stable update available for download for the Huawei P30 Lite smartphone via OTA. Details here. 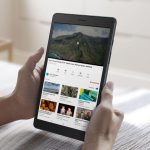