We recently reported about a new Honor 20i software update in India that was meant to prepare the device for the imminent arrival of EMUI 10 beta update based on the latest Android 10 operating system.

EMUI 10.0 has arrived, featuring a wholly original UX style, that furnishes your device with a fresh new look. It comes equipped with sparkling features that are well worth the wait, and facilitate unbounded joy and convenience in daily life.

The Honor 20i EMUI 10 beta update arrives in India a little over a week after rolling out in China, but the wait for the stable version could still take weeks, probably into early 2020.

In order to receive the new EMUI 10 beta update on your Honor 20i, at least the most recent EMUI 9.1.0.272(C675E6R1P14) firmware that brought the October security patch installed on your device.

In fact, the newly installed Android 10 beta update keeps the same October security patch. It would have been generous for Honor to include the newer November patch, but no one will care since they’ve got a new OS to toy around with.

Note that the incoming Honor 20i Android 10 beta update is not only limited to a small number of beta testers but also rolling out in batches. This should explain why some of those who signed up to try the beta have yet to receive their EMUI 10 update.

Huawei has already started rolling out the stable EMUI 10 update to the likes of Huawei P30, Mate 20 and even the Nova 5T in some markets, which means the dirty work is done and now it’s only porting the software to other devices.

Of course, nothing is ever easy with software development. So, as much as this might sound easy on paper, it could take weeks before the software is good enough to be rolled out to the public. We will follow up and let you know as and when we get new updates.

The stable version of EMUI 10 for Honor 20i goes live with December 2019 security patch. Take a look at this article for details.

NOTE: We have more Honor-related coverage here. You can also check out our Android 10 section for more related stories. 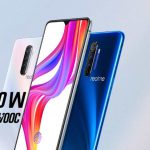