EMUI 10 rollout is probably the most important task at the moment for Huawei. We reported back in October that the Huawei Mate 20 Lite EMUI 10 (Android 10) beta recruitment began in Europe.

And in a recent development, Huawei has pushed in the release preview of the EMUI 10 based on Android 10 for the Huawei Mate 20 Lite smartphone. Note that release previews are one step above than the regular beta builds however, the final stable release might be changed.

Cut to now, with this update, the stable Android 10 based EMUI 10 update might hit the device sooner than expected. The update is arriving with the version number V10.0.0.148 and weighs in a monumental 4.04 GB in size.

So, we would recommend you to download the update package file over stable mobile data or a WiFi internet connection to avoid any issues with downloading.

This version is designed for you to experience new software in advance, thus giving us feedback for further software improvement.

Below are known issues with this version that may affect your daily use. Do not install the update if you frequently use the apps or features concerned.
1. Some banking apps are not compatible with Android 10. This issue can be resolved only after a compatible app versions are released.
2. Some instant messaging apps are not compatible with Android 10, and may encounter issues when sending images. Restart the app to fix this issue.
3. Silent mode will be enabled by default for notifications from instant messaging apps if you disabled sound and vibration alert for them before installing the update. The alert mode can be modified in the app settings according to your preferences.
4. For apps with the App-twin feature enabled, this update might allow the twin app to read the Message content. Disable and re-enable the App twin feature to fix the issue.
5. The screen might flicker during certain situations when playing PlayerUnknown’s Battlegrounds (PUBG). Set a non-HDR resolution or restart the game to fix the issue.
6. Samsung watches might automatically disconnect from your phone after a certain period. This issue will be resolved in a later version.

Performance: stable and smooth
-GPU Turbo
Improves the smoothness and stability of the system when playing games.
– Phone Clone
Improves the connection and cloning speed.

Security: more secure data and privacy
– Formally verified microkernel Uses Huawei ‘ s own self – developed microkernel design , certified as the most secure OS kernel for commercial use.
– Distributed technology Improves security when connecting to other Huawei devices , as well as when transferring files between and storing data on other Huawei devices.
– Privacy protection
Supports app sandboxing capabilities for standardized app permission management and more secure data and privacy protection.

Media and entertainment: more fun
– AppAssistant dropzone
Adds a dropzone for AppAssistant , allowing you to quickly access services such as game acceleration and do – not – disturb

As mentioned in the changelog above, there are quite a few glitches and bugs with this update. Notably, if you want to upgrade your Huawei Mate 20 Lite device to the latest EMUI 10 then, you can head to HiCare App.

One Piece Chapter 963: Oden's Vassals - from Thugs to Samurai 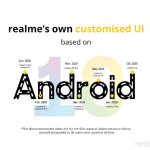