Huawei is on a roll at this time of the year with the preparation of the 10th iteration of EMUI for its devices. And recently, the EMUI 10 based on Android 10 beta update is up for grabs for Honor 10 Lite and Huawei MediaPad M6.

Notably, Honor 10 Lite EMUI 10 (Android 10) update is rolling out in India while the MediaPad M6 gets the beta update in China. Let us take a look at the updates one by one.

According to users on the official Huawei community platform, the beta update of EMUI 10 (which is based on Android 10) is being pushed for users in India. Moreover, some time back, we have reported that the Android 10 based EMUI 10 beta program went global for Huawei 10 Lite just as the Indian variant picked up the October security patchset.

Talking about the EMUI 10 beta update, it arrives with the version number 10.0.0.136 and weighs in a hefty 3.52 GB in size. So, we would recommend you using a stable internet connection for downloading this update.

EMUI 10.0 has arrived, featuring a wholly original UX style, that furnishes your device with a fresh new look. It comes equipped with sparkling features that are well worth the wait and facilitate unbounded joy and convenience in daily life.

Huawei MediaPad M6 is now getting the EMUI 10 beta update in China. The update comes with the version number 10.0.0.180 and brings in quite a few goodies from EMUI 10.

Moreover, the users are advised to first upgrade their MediaPad M6 to 9.1.1.162 beforehand, to get this latest update. Besides, the announcement also makes it clear that there are some bugs and glitches associated with this beta update.

Below is the official changelog and the screenshot of the announcement:

PiunikaWeb readers should recall that we talked about the beta recruitment a few days weeks back for the MediaPad M6. It was limited to 4,000 beta testers.

Feel free to let us know in the comments if you were able to grab the EMUI 10 update for either of Honor 10 Lite or the Huawei MediaPad M6 devices. 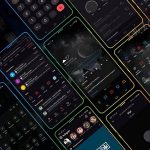