Samsung is leaving no stones unturned in this later part of the year. Being busy with the One UI 2.0 based on Android 10, Samsung is also giving equal importance to pushing out security updates.

Notably, Samsung was the first OEM to roll out the latest November security updates for the Galaxy S10, even before Google. This did not end here as in a few days other Samsung Galaxy devices also grabbed the latest patchset.

This shows us the commitment that Samsung has made in terms of pushing out security updates and it is a welcome change. Moreover, in a recent development, two more Samsung Galaxy devices are getting new security updates in Canada.

The Galaxy S10 family that includes Galaxy S10, S10+, and S10e, is getting November security update while the Galaxy Note 10 gets the October security patch.

Let us take a look at the updates received on the devices one by one:

The Galaxy S10 family is getting the latest November security update that also adds in improvements in the fingerprint algorithm. Talking about the update, it arrives with the version number ASIV and weighs in about 199.59 MB in size for the OTA update.

– The security of your device has been improved.
– Improved fingerprint recognition algorithm.

Matter of fact, the update is arriving in Canada and is according to the schedule shared by major Canadian network providers Rogers and Telus.

Keep in mind that previously, the Exynos variants of the Galaxy S10, S10e, S10+ have already received the November security update. Moreover, it has also been served on the US unlocked, Sprint, Verizon & T-Mobile variants of Galaxy S10 family.

Another Galaxy device is getting a new update i.e. the Galaxy Note 10. Notably, the update brings in improvement in the system security along with an enhanced fingerprint recognition algorithm.

The update carries version number ASJ8 and weighs in about 328.29 MB in size for the OTA update. Below is the official changelog and the screenshot of the same:

– The security of your device has been improved.
– Improved fingerprint recognition algotrithm.

However, there is a slight confusion regarding the security patch level. Taking a look at the discussion on Reddit, the user who shared the screenshot of the update prompt claims that it brings the November security patch. But if we go by the official update tracker, the security patch level is not mentioned in the changelog. You can check out the screenshot of the tracker below:

In fact, according to the Canadian network carriers, it mentions that this new update brings in the October update for Galaxy Note 10/10+

So, there is a bit confusion in what this new security update brings in for the Galaxy Note 10 i.e. whether it bundles the October patch or the latest November patch.

Let us know by dropping a comment below whether this update carries October or November patch for the Galaxy Note 10. 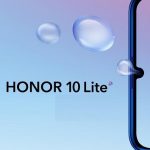