The latest security update which is being pushed by various OEMs is for the month of November. The November 2019 security patch fixes quite a few vulnerabilities for Android devices which you can check Android Security Bulletin website.

Not only this, specifically for Samsung, this new update brings in fixes for a handful of vulnerabilities that you can check out on the official corresponding page maintained by the OEM.

And in terms of pushing out the latest update, Samsung is leaving no stones unturned as the Korean OEM has recently pushed in the November security patch for its Galaxy S10 lineup (even before Google!).

And adding to the list, the Exynos variants of Galaxy S9 and Note 9 is receiving the latest November 2019 security update. Notably, both the Galaxy S9 and Galaxy Note 9 are placed under the “Current Models for Monthly Security Updates” category on Samsung’s Android update cycle.

Let us take a look at the updates received on both the devices one by one.

Talking about the update it carries version number CSJ1 and weighs in about 130.89 MB in size. The update is purely incremental in nature and does not add anything new to the device.

Below is the changelog of the update and the screenshot of the same:

Though it does not tag along any new features, the device stability and performance improvements cannot be ignored. However, the official update tracker for Galaxy Note 9 is still not updated and it shows the October security patch level.

Notably, Samsung has been very punctual in pushing out security updates for the device as it got the October update almost at the beginning of the previous month.

Another 2018 device from Samsung is being served with the November security patch i.e. the Galaxy S9. Notably, the update is purely incremental in nature and is based on Android 9 Pie.

This new update carries build number CSJ3. Below is the screenshot of the official tracker along with the changelog of the same:

Previously, the timely October update for the Galaxy S9 packed in some improvements for the camera along with security patch. Keep in mind that the update for both the Galaxy S9 and Note 9 is arriving for the Exynos-powered global variants only.

Galaxy S9 is getting a region-specific new build based on November patch. Samsung is also rolling out latest security patch for Galaxy Note 9 in the USA. Details here. 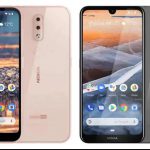