Samsung has rolled out the security updates for many of its devices this year that includes older and newer generation devices. This is the right step ahead in the direction as Samsung is not known for the speedy delivery of updates.

Samsung Android Update Cycle gives us a clear picture of how Samsung is going about the pushing of updates for its devices. This new path has also reflected in the growth of the company as according to a report by Canalys, Samsung witnessed a growth in Q2 2019 up by 6% annually. Since Android 10 is now officially available, Samsung has to push out the latest security updates and keep the compatible devices in line to receive the latest Android OS. Taking it a bit further, Samsung has pushed the October security patch for the previous year’s Note device, i.e. the Galaxy Note 9.

Needless to say that the device is still a very popular device in the smartphone market, and is also eligible to receive the Android 10 based update. However, with this new security update, Samsung is keeping this device ready for Android 10.

Looking at the update, it is available in regions like Poland, France, Portugal, Serbia, Baltic, Romania, Bulgaria, and Switzerland. Carrying version no. N960FXXS3CS15/ N960FOXM3CS11/ N960FXXS3CS15, weighing around 106.45MB, it brings in security patch level of 1 October 2019.

Below is the information about the update and the screenshot shared by one of the users:

Galaxy Note 9 is placed in the monthly update cycle of Samsung’s Android update cycle. With this update, it becomes one of the few Samsung devices that has received the October patch.

Note that the update will be rolled out via OTA in batches and will take some time to reach the device in your region. However, you can always check for the update by heading to Settings>>Software Udpate>>Download and Install. If there is any notification available for the update tap on it to install.

Android 10 updates will be rolled out for the Galaxy S10 & Note 10 series hopefully sometime soon. Like other OEMs there is no exact update released by Samsung for the rollout of Android 10. However, Android 10 will also bring in the updated version of the One UI and bump the version to 2.0.

We will keep you in the loop if we have some concrete information in this regard. 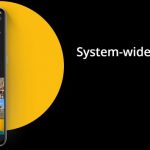